The History of The Bradford Magic Circle 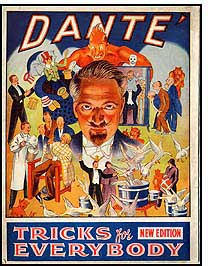 Once upon a time in India there lived a young schoolboy. In those days in the summer months schools opened from 7a.m. until midday. This left the young schoolboy the afternoons free to do as he pleased, which was mainly to follow around an Indian magician who performed in the streets such effects as the linking rings and Hindu Basket Penetration.

Upon his arrival in England, Hassan Noor, our young schoolboy, now a young adult, looked around for other magicians to meet, but to no avail. However, in hospital one day, having his appendix out, Hassan read in the Telegraph and Argus an advert for a show being put on at the Queens Hall, Morley Street, by the Yorkshire Magical Society. So full of hope he wrote off to join this Society. Like many other hopefuls of the time, he was rebuffed. Instead Hassan found, and joined, the Leeds Magic Circle. Unfortunately, the Leeds meetings were at 12 noon on Sundays; and, in those days, the lack of transport meant Hassan had to walk to Stanningley to catch the tram to Leeds!

Dante (one of the top magicians of that era) had always been Hassan's hero, and in 1946 he wrote to Dante asking if he might join him to learn the business side. Luckily he was invited to join, and spent a profitable period with his hero. He discovered many of Dante's secrets, even the fact that he employed two carpenters to cut trap doors at each theatre!

After leaving Dante, Hassan organised many shows in the area. Then in 1947 he went to India with the intention of bringing Indian acts to Britain to tour. However, the acts he saw appeared totally unsuitable. Undeterred he returned to England, and put together his own Indian mystery show, which he ran for two years. This included Hassan and his future wife Irene's own mindreading and memory act.

Throughout this period, Hassan continued to harbour the idea of forming a magical society in Bradford. So in 1948, after enlisting the help of Ken Brooke (who was a well known magician and magical dealer who had a shop in Ivegate), he put an advert in the Telegraph and Argus asking anyone interested in getting together to discuss magic to come to a meeting. This was held in November 1948 in Hassan's office at 2 Fountain Street, Manningham Lane. 13 people attended and became members at that first meeting, of whom only Bob Eaton is still with us. Bob was our President in our 50th year, 1998, for the fourth time. The first subscription was 1 guinea, and meetings were held bi-monthly. Bob Eaton only paid once, then, being in the army he was excused from paying!

By this time the magic shows were starting to decline, and profits turned to losses. Hassan decided to get out. So he left the full-time magic business. Regular meetings of the Bradford Magic Circle continued at Fred Snowdens in Norfolk Street, the Morley Street Cafe, the Alexandra Hotel (where the head waiter was a member), Raphael House (which was the headquarters for over 25 years) and now the Morley Street Resource Centre.

In 1950 Hassan left Bradford for business reasons and settled in Barnsley. In 1951, he and his wife were made life members. Hassan sadly passed away a few years ago.

In 1974, when Bob Eaton was the President for the first time, he decided that the time was right for the Bradford Magic Circle to start producing its own annual magic show. So he booked the Library Theatre in Bradford to put on a production. This continued until the Library Theatre was closed a few years ago, since when these shows, which eventually became the "Hey Presto" Shows, have been held at the Bingley Arts Centre. So in addition to celebrating our 50th year in 1998, we also celebrated our 25th year of annual magic shows, thanks to the foresight of our past President and founder member, Bob Eaton.

Anyone over the age of 13 whom is interested in magic and would like to join the Bradford Magic Circle, is invited to phone Stephen Bellerby on 01943 864205 for details, or visit their web site.