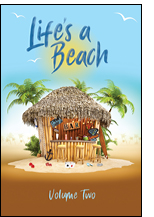 So, Mr. Jones and the Magicseen team think they’ve got enough material to produce a worthy second volume of Gary’s magic do they? Well, I’ll be the judge of that. (I am and they do. I also intend to get the words ‘pepper’ and ‘sprinkle’ into this review. Try and stop me.)

I was impressed with the first offering of Gary’s routines (see the review on MagicWeek here) and this second volume packs a punch too.

There’s mainly card work, but a few coin effects and even a flower production (think ‘weddings’). What is clear, again, in this volume is that Gary understands the commercial performing environment. I don’t mean that in a patronising way. To get magic to this simplistic a level (in terms of direct effect and streamlined method with no unnecessary fussing) is something that comes through mastery.

Those methods are not always easy. Simple for sure, but not easy. Some require palming (the mere thought of that usually turns the vast majority off of an effect; a sad fact as the magic itself is strong, but practice and confidence are needed) and Gary uses palming, I would suggest, as it gets the effect done as simply as possible while making the magic as strong as possible.

Some personal highlights; I particularly liked Gary’s oil and water inspired ‘Colour Remix’ where at the end of the effect the backs of the cards change colour too. This kind of routine is fun to practice as well as perform. It has a nice rhythm to it. ‘Vanishing point’, where two King’s vanish in a full-view surprising way during a ‘sandwich’ card effect was another highlight. Exact Change 2.0 is one of those quick effects that gives you a buzz as the method is reminiscent of a Martin Gardner style cheeky maths number. ‘Repeat Signed Cards to Pocket’ is layered with magical moments and is one routine I think will establish your status as a magician who knows what he is actually doing (and more importantly, that you are worth your fee). ‘Not Chosen’ is a great concept and could be a marketed effect on its own.

The book is well produced, has clear illustrations and is printed on glossy paper. My only tiny gripe is the narration often shifts from the third to first person, so sometimes it is ‘Gary’ talking to us, other times it is the publisher. A small moan.

The book is sprinkled throughout with working photos of Gary in action with comical captions (I’m sure, but cannot prove, at the hands of Graham Hey). There are also Gary’s ‘Top Tips’ peppered within the pages, small soundbites of quality advice from a pro who clearly knows what he is talking about.

All in all, if you enjoyed the first volume, like Gary’s thinking and want a book that you will enjoy working through the routines just as much as you may from selecting a few, practicing and performing, then this is value for money. I counted 39 effects, so that’s (quick scribble on a pad) approx. 64p per effect.

A worthy follow-up to ‘Life’s A Beach’. Go treat yourself.