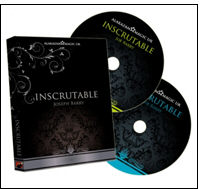 Since the Elmsley count was introduced in the mid-fifties there has been a trend to add moves and counts to card magic, as well as complicating the effect to such an extent that a layman will be unable to describe what happened.

Some modern published routines are more akin to lessons in juggling than lessons in magic. I will call this the new school of card magic which has given birth to the move monkeys.

The old school of card magic (as I would describe it) had clear direct effects that were easy to understand and had a good, surprising climax. Most importantly the magician appeared to do nothing. The magic just happened.

The old school was influenced by people like Erdnase and Victor Farelli amongst others and their influences are found in later classics like Royal Road, Expert Card Technique and Greater Magic.

Can you name a card DVD or book published in the last ten years that does not include ace assemblies, collector or sandwich tricks, multiple false counts etc? Difficult, yes?

Inscrutable is definitely old school. Strong direct effects that will fool magicians and laymen. And most of them are technically easy to do. Easy technically, yes (though there are some advanced techniques on Disc 2), but they do require audience management skills and a confident performer. Advanced beginner and upwards.

Joseph’s routines remind me of the direct presentations of Dani daOrtiz, frequently mixing devilishly simple methods to create miracles. Yet their styles are completely opposite. Dani is extrovert and in your face. Joe is quiet and unassuming. Yet both use their personalities and characteristics to maximum effect.

If you have seen disc 3 of Dani’s DVD set you will find some similar work on Disc One of Joe’s set. By studying both you will see two contrasting styles use similar methods and help you develop your own natural rhythm.

So what of the routines? Most are done from a shuffled deck in use - and shuffled by the audience too. A few require a set-up, most times you can do this in a previous trick or during down-time.

My favourite is the Math trick. From a shuffled (by the audience) deck you deal some cards in front of three participants. They each decide how many they get. You then toss small bunches of cards onto the table until someone shouts STOP. These are now counted, by you or an audience member. You announce that the total number of counted cards will equal the sum of the top cards of the three piles. These cards are turned over and their values added. The totals match. To a layman this appears totally impossible. This routine would work well with the effect where a participant cuts the deck in three piles, you turn over the top cards of two of the piles and can deduce the value of the top card in the third pile.

Disc Two features a number of gambling routines and demonstrations. Some are simple in method and some require advanced skills. All are direct and best suited for sitting down around a table with clients after a gig.

The downside for a working professional is that most of the routines require a table. Most close-up pros prefer routines that can be done in the hands both for strolling and visibility reasons. Having said that I have a number of routines that require minimal table space and a few others that do require more space. The latter I keep until after the meal when tables are less cluttered.

Aged thirteen, young Master Barry bought, at a local bookshop, Expert at the Card Table, Expert Card Technique and Scarne on Card Tricks. These were his only influences for the next few years and their theories and advice permeate through his work.

I highly recommend this two DVD set, for the overall directness of effects and the devastating miracles you will create for your audiences.

Available from www.alakazam.co.uk and all good dealers