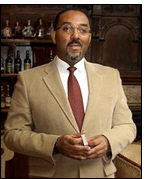 With other south east clubs reaching out and finding performers to give lectures, it’s sometimes difficult to find a new face but with Michael Vincent it wasn’t so much a new face, rather an established well regarded, highly experienced and much admired performer who hadn’t visited us before.

Michael took centre stage and gave the gathering a little background about himself and explained that he is now a Council Member at the Magic Circle. He has performed magic all over the world including America’s famous Magic Castle a few times. In fact shortly after the lecture he would be travelling across the pond again for a short lecture tour of the States again.

The lecture was to be more about the performance, inspiration and philosophy of magic rather than a constant flow of tricks and explanations. He started by showing everyone his version of the Misers Dream using a glass and ½ dollars. There was also a short explanation of the friction palm.

Michael reiterated throughout the lecture his thoughts about using borrowed items when working close-up. This makes the effects more magical as in no way can things have been gimmicked beforehand. To this end, the entire evening was performed using a borrowed deck.

Using new members to help, an unseen, untouched card was discovered from within an unseen, untouched deck spelling out the chosen card. He went on to perform a very good four ace matrix effect. Michael’s main recommendation for the night was that those interested in good workable card magic should read “Stars of Magic” plus obviously “The Royal Road to Card Magic”. Many of the routines shared tonight would come from those volumes. To highlight this, Michael then went on to share Dai Vernon’s “Triumph” effect.

There was our lecturer’s own interpretation of the story of Pandora’s box by appearing a chosen card inside a ring box. Michael suggested everyone check out the new routine of “Any card, any number” which is downloadable routine from Vanishing inc.com for £6. Michael also performs this on YouTube so check out Michael Vincent at the Magic Castle to see more.

The finale to this really smashing evening was a coins across effect which no-one expected called “Menage a trios” which was beautifully performed and excellent to see.

Everyone agreed tonight had been a highlight in ACES history and were all thrilled to have shared experience with Michael.

It is always a delight when we have lecturers come from away to stay with Martin and I and it is also always smashing that they always prove to be such nice people away from the bright lights and cabaret tables. Smashing chap Michael and we (and the members of ACES) all hope to stay in touch in the future.