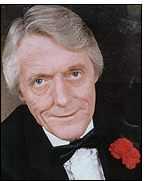 Steve presented a great lecture that was very well received by our members all about the life and magic of Alan Shaxon. Taking details from the new book "The Sophisticated Sorcerer" Steve expanded on Alan's early career and detailed his climb to the well known and highly respected magician he became. Steve showed photos and rare video clips of Alan’s career and described how it all started due to an illness he had at a young age. Alan perfected his style and worked his way on to the popular cabaret circuits of the day, this was all done secretly while holding down a regular job in the banking industry; moonlighting was not the done thing! Eventually the magic took over and Alan become a full-time pro.

It was lovely and fascinating to hear the stories and the back stage incidents that happened during Alan’s career and from the many famous magicians of that time that crossed Alan's path and influenced his career. We also heard about the big breaks working with David Nixon and Robert Harbin that eventually had him sailing around the world with his sophisticated style. It felt like we were really getting to know the man himself and this first hour flew by.

After a short break Steve returned with the magic side of Alan Shaxon and presented and explained several effects that were key in Alan's cabaret work and also some of Alan's children's effects, starting with a modern edit of Alan's "Magic Lesson" where turning a handkerchief into a lemon led to comical consequences. "Confabulation" came next, one of Alan's most famous mental routines based on an Al Koran effect. Steve presented another routine for children with a picture painting theme, this effect was not in the new book but had recently been found by Alan's wife. Robert Harbin and Alan were great friends and Harbin left many of his secrets and effects to Alan when he passed suddenly, so Alan's take on Harbin's "Captain's card trick" came next where 3 chosen cards are found predicted in an entertaining way from a sealed envelope handed to you by a CEO or even the captain of the ship! Steve finished this magic section with a "Headline prediction" and Alan's classic presentation of "The Hydrostatic Glass", this version of the hydrostatic glass that Steve and Scott Penrose had made specially to coincide with the book has to be one of nicest props of this effect that I have seen, and looks like a real glass! These are currently on sale from Steve and Scott via the Sophisticated Sorcerer website. Steve presented a great evening of entertainment with warmth and kindness to a true legend of magic, I would highly recommend this lecture.