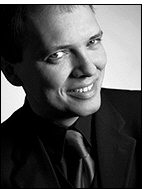 Three of our headliner acts, Boris Wild, Lennart Green and Michael Close we are most pleased and delighted to welcome back this year’s British Ring Convention. Whenever they have been with us all three have received monumental praise for their performances and lectures.

It was back in 1998 when we first saw Boris Wild.  He caused a sensation, when in the International Close-up Gala he presented his ‘Kiss Act’. It was probably the first time the majority of the audience had seen this approach to close-up magic done, silently to a background of romantic music. It was the emotion and passion with which Boris performed that stimulated everyone’s imagination. The charm of Boris stood out in his lecture, which was given in a most assured manner with the explanations concisely given in immaculate English.

How has it happened for Boris?  He began practising magic in 1985 when he was 12. He is now one of the most renowned of French magicians.  He is an International performer and lecturer, author and creator of original effects.

Close-up magic is his specialty, a top-level performance happening only a few inches from your eyes!  Whether at your table, during a cocktail party or a private show, magic effects follow at a tremulous rhythm.

Boris also performs a stage act in which he puts new life into classics of magic with class and elegance to a contemporary soundtrack.

His list of awards is prestigious and has never been equalled by a French magician.  Boris has notably won the title of ‘French Champion of Magic’ in 1996. He has also been awarded at the F.I.S.M. World Magic Championships and at the ‘Monte Carlo Magic Stars’. Boris makes his home in London, New York, Las Vegas, Shanghai, Tokyo, Sydney and Paris.

His performances have drawn thousands of spectators all over the world and his romantic ‘Kiss Act’ has quickly become a classic of close-up magic. His books, effects and videos are distributed everywhere in the world and are best sellers in the category.

It has been even longer since Lennart Green was at our Convention. 1993 was the last time we were mesmerised with his chaotic routines, which are so highly original and that display the highest of skills.

To describe the card work of this world champion close-up/card magician, a title he won in 1991 at the F.I.S.M. Convention in Lausanne Switzerland is practically impossible; too many things happen too quickly. What however can be guaranteed is that you will see an incredible exhibition of talent from an incredible card worker.

Lennart will also be lecturing but here is a warning.  From what you will be shown and from what will be explained it is doubtful whether you will be able to master his technique. If you succeed in doing so you would possibly be the first in this country. Lennart Green is a sui generis; a one off.  However watching Lennart’s ‘Classical Green’ a set of videos in seven volumes or getting ‘Greens Magic’ volumes 1 to 3 could possibly help you.

To be present when Lennart is at the table displaying his captivating magical skill is something you should not miss. Lennart’s performance and lecture are sure to be one of the highlights of the Convention.

What a pleasure it is for the third successive year for us to have the company of the ever-popular Michael Close at our Convention, a multitalented icon, who readily endears himself to everybody.

His midnight lecture last year was scheduled for one night only with limited access but such was the demand for tickets Michael generously agreed to repeat it. The theme of his lecture was ‘Problem Solving’ by taking an effect, examining it closely, finding the weaknesses and finding a solution to correct them. The number of effects that were examined proved to be of great interest to the attentive audience. Another idea of Michael’s was to combine and routine two effects to give more impact.  He fully illustrated this notion and proved to everyone’s satisfaction that the combined effect to be greater than the sum of the parts.

It was at the Thursday Night Show that Michael displayed his extraordinary keyboard skills when he filled the Congress Theatre with the melodic sound of some contempary jazz giving a great lift to the show that followed. This man can really boogie. There was magic in his left hand playing.

It was in 2005 that Michael dominated in the international Close-Up Gala when he not only proved to be an expert close-up worker but a superb entertainer with his unique sense of humour coupled with some original card work. He emerged as a more than competent host when he compared the Saturday International Show. In a lecture he explained his original thinking regarding his initial approach making magic meaningful and searching for the right emotional ‘hook’ to hold and entertain an audience.

To find out what Michael Close will be doing this year it will be necessary for you to be at Southport.  Whatever he does you can do no better than take Trevor Lewis’s advice to seek, enjoy and ‘Take the Michael’ as often as you can.

Bob Sheets is an interesting character and a ‘Good magician and a funny guy’.  He burst upon the British magic scene when in 1996 he won the prestigious ‘Ron MacMillian World Close-up Magic Contest’.  His impact upon the audience was dynamic.  It was to lift close-up magic and take to a much higher dimension and opening a new conception of the presentation of this art form. This was solid gold entertainment.

Today Bob Sheets, ranked among top comic magicians, is a high-energy performer that mixes magic that astounds with non-stop wit that leaves audiences holding their sides.

If you are into close-up you are urged not to miss Bob Sheets.

Still having doubts whether to attend the British Ring Convention?  Don’t for if you do so you will miss four packed days of magic from a galaxy of the World’s Stars of Magic. Don’t procrastinate and register today by down loading the form from this website.

Come to Southport, mingle and chat with the elite of the countries practising magicians, soak up the atmosphere and savour the complete range of facets of magic on offer.