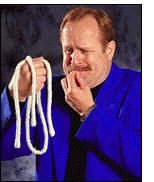 Go to the Programme Page of our website www.britishring.org.uk you will find a full schedule of the Convention Events taking place in Southport between the 12th and 16th of September.  And what a mouth-watering schedule it is!  For its 71st Annual Convention the British Ring has never before offered such a high standard of talent on each of the four days.  This is a result of the untiring work of Paul Stone, the Ring’s Convention Executive Producer, who has literally spent hundreds of hours securing and booking the Acts that make a fantastic line-up of talent covering the entire spectrum of magic. Genuinely there are several of the world’s top entertainers, from stage performers to close-up, from lecturers to children’s performers and even some street performers. In the unlikely event that it becomes necessary to make any alterations to the programme, due to unforeseen circumstances, notices will be immediately posted.

There’s something for everyone, many of the performers being not only new to a British Ring Convention but who have not previously appeared in the UK. It has been Paul’s dedicated aim to make each show and event one to be remembered long after the Convention is over.  Will the critics who have suggested we were in a 1950’s time wrap, with the whole Convention revolving around a single show concede we have moved on and are now meeting the needs of today’s Conventioneers?  This is probably too much to expect. The names of those appearing and the balanced programme confirm Paul’s aim has not only been achieved but by hitting the target has scored a bulls-eye. If you are not at this Convention you will miss the Convention of the Year

You will notice from the programme there are several new innovations including the Late Night Magic Shows in the Southport Arts Centre Theatre, a Celebrity ‘Ask the Experts’ forum and a session of Street Magic.

Just a few words can be used to describe the comedy magic of Tim Gabrielson funny, hip, non-offensive and cool.  Over the course of his show people discover his amazing magic skills, his dry witty unique sense of humour and the human element that’s specifically Tim Gabrielson.  This magic man truly likes to ‘Keep it funny!’

As Paul Stone tells us Tim began performing at a local theme park aged 16.  His comedic wit and natural timing combined with magical prowess quickly made him a park favourite and landed him a contract with a local agency. He soon became one of the Midwest’s youngest and fastest rising entertainers.

Tim’s shows exceeded 200 per year and provided limitless exposure to every imaginable audience, which gave him the ability to handle any crowd. His increasing popularity took him from a best-kept secret among the college venue to a highly sought after performer.

Tim’s business is magic, but for this busy professional it’s much more than tricks. ‘People are always talking about the technicality of magic. You have to be good, but the magic itself is meaningless. Do you entertain the crowd?  Can you grab an audience in the first few minutes and hold their attention?  You can be a fabulous magician, but if you can’t entertain the crowd, people aren’t going to come back. I don’t want to be just a good magician. I want to be a great entertainer’.

Beginning July 2007, Tim is bringing his comedy magic to the House of Blues at the fabulous Mandalay Bay Hotel & Casino where he can be seen performing six days a week.

John Fealey, through no fault of his own has become one of the most experienced and well-travelled comedians working today.  A life in comedy has taken him around the world and back again.

John started as a street comedian and developed an improvisational approach bordering on fearless and a style distinctively his own. In the eighties of the last century he appeared on Saturday morning television, lived and worked in New York City, fell in love with the Edinburgh Festival and became the regular emcee at a number of comedy venues.

In the early nineties, John together with old friends Noel Britten, Alex Dandridge and Andre Vincent formed ‘The Bowlers’ a show that combined their mutual love of variety and improvisation. He has been seen at some of the most celebrated comedy events in over twenty countries.  He has also played his fair share of toilets.

Kevin King is not your typical comedic genius but offers an individual blend of stand-up comedy with magic that leaves an audience speechless.  He is world renowned for his wacky brand of humour and on stage antics.  His high-energy performance is amazing and amusing that will have you rolling the aisles.

Kevin is a much sought after worldwide performer. By drawing people from the audience he creates a party like atmosphere where everyone is a part of the show. Kevin utilises strange props breaking all the stereotypes of traditional magicians.

Gaetan Bloom is France’s answer to Tommy Cooper where he is regarded as a National Treasure. He is considered to be one of the greatest creative minds the world of magic has ever known. Gaetan’s stage routine is hilarious.  He works regularly at the ‘Crazy Horse Saloon’ in Paris and Las Vegas. Everything he does will fool you thoroughly. His methods are so devious, that they are just as entertaining as the effects themselves. He has the distinct ability of holding an audience for every second he is on stage and with his comedy and misdirection he is hard to match and is certain to stop the show. He has been honoured by The Magic Castle with the Creative Fellowship Award.

You may be wondering if these Late Night Sessions will clash with the Fringe shows that are usually staged at this time.  Fay Presto has decided not to do a ‘Fringe’ this year but it is understood that she still plans to organise a ‘Fringe Banquet’, which it is thought will take place in the Arts Centre Studio.

It is predicted that the laughter emerging from the Arts Centre on these three evenings will be such that it spills out into Lord Street and heard several hundred yards on either side.

Saturday night finds Lennart Green entertaining at a Midnight Finale in the Scarisbrick Hotel. Will these late night sessions be too late for you?  It’s doubtful.  Who will want to sleep when quality magic is available to be seen and enjoyed whatever the hour?

The Celebrity ‘Ask the Experts’ will take the form of a question and answer session in which a panel give their opinions and possible solutions on any problems that members may be experiencing with their performances either technically or in presentation.  It is hoped to give more information on this event in the coming weeks.

Never before have the British Ring included Street Magic in their Convention programme.  This breaking ground occasion will take place outside the Southport Arts Centre in Lord Street on Saturday afternoon when specialist street magicians will display their skills not only to magicians but also to the residents and other visitors to Southport

It is hoped that this previously overlooked side of magic will be a permanent feature at future Conventions.  When outside stunts had to be discontinued some years ago because of the high financial cost of insurance premiums for the multi million pound third party liability cover that became necessary for the stunt to go ahead we lost the opportunity a means to publicize, to the general public, our presence in town. We hope this initiative will go some way to make it be known that the magicians are in town.

To ensure that you can enjoy comfortable viewing, as promised, the majority of the lecture/workshops are to be repeated on different days The lectures involved are those to be given by Bill Malone, Rocco, Bob Sheets, Magic Al, Boris Wild, Paul Kieve in the Arts Centre Theatre, while those to be given by Michael Vincent and Joanie Spina are in the Lakeside Suite of the Southport Conference Centre. It should be noted that the Gaetan Bloom lecture will only be given once in the Southport Theatre.

To assist our elderly members or those experiencing walking difficulties, a shuttle mini coach is being provided to convey them between the Arts Theatre in Lord Street and the Southport Conference Centre on the Promenade. Able-bodied members are respectfully asked to see that those with difficulties are given priority to this facility only taking advantage of it themselves when the needs of those requiring the service have been satisfied.

Last year’s Balloon Workshop given by Mike Stokes of Playtime Balloons proved to be most popular with an audience in excess of 225 being instructed in the art of producing balloon flowers. With the help of Margery (Mike’s wife) and Gerry Luff Mike ensured that all participants were kept busy with an endless supply of balloons kindly donated by The Qualatex Balloon Company with the majority being able to produce a very passable balloon flower by the end of the session. The scope of this year’s workshop is not yet to hand but all you balloon modellers can be assured it will be an instructive session. It takes place in the Lakeside suite on Wednesday afternoon.

With such an extensive programme, with at times alternatives being available it will not be possible for you to see everything but by being selective and doing some very careful planning you will be able to take in the majority of what’s on. It is Paul Stone’s belief that it is far better to have too much to choose from than not enough. So start planning now or on some days it might not be possible for you to have lunch!

If you have been waiting for the programme to be published before deciding to register there is now no reason for not doing so.  This is the quality Magical Convention of the Year. You will forever have regrets if you decide to give it a miss and don’t attend especially when you learn of the glowing reports and experiences from those who were there.

Make that registration today. Don’t procrastinate, do it now!