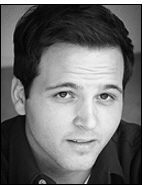 We are delighted to confirm that the International President of the IBM Joan Caesar and her husband George will be joining us in Eastbourne. Paying tribute to her in the July issue of The Linking Ring Bruce Kalver, National President of the Society of American Magicians describes her as smart, honest, organized and a true leader.

Joan was born in Hamilton Ontario Canada and met George during their first semester at the University of Guelph in 1967. Married two years later, they now have two sons David and Ben. Magic entered Joan’s life when with George they took the boys to a Santa Claus breakfast where a magician performed. Ben was immediately taken with magic and wanted to know how to perform. From books borrowed from the library Joan learned some simple tricks to teach him. Learning of a magic club run by Gerald Dietrich when Ben was in second grade at school Joan took him to the class and like Ben she also became hooked and led to Joan becoming an assistant to Gerald working every weekend in a big illusion show. Following on Gerald introduced Joan to the IBM Kitchener Ring 235 and eventually to her first magical convention at Abbott’s Get-Together. Her first IBM Convention was when it was held in Quebec City in 1993. She has attended everyone since.

Many of you will remember Joan from the times she attended the MacMillian International Weekends and The Magic Circle Centenary. When International President Jerry Schnepp asked her to become the Territorial Vice President (TVP) for Ontario and after winning her place on the Executive Committee she became Chair of the International Relations Committee and the TVP Committee.

Past Presidents Obie O’Brien and John Browne III, Jack Greenberg, Fred Casto and their wives will join Joan and George at Eastbourne, and for the first time at one of our Conventions Jack Greenberg’s son Don Greenberg, who serves on the IBM Executive Committee. That so many Past Presidents should so continuously want to return gives the Organising Committee a great sense of achievement and pride. Also coming from the USA are Arthur Emerson and Mike Shelley with their daughters, Tom Dunlap, Mike Shelley and Mr & Mrs Bisson.

Summing up her magic career Joan says, “One of the things magic has given me is friendship. I have made friends throughout the world I will value for the rest of my life”. Joan, we in the British Ring are looking forward to meeting you in Eastbourne and when you leave at the end of the Convention you will have another host of friends to add to your list.

The International Close-up Show is again going to be one of the ‘must see’ events of the Convention. With a line up of Derek DelGaudio, Bob Kohler, Nicholas Einhorn, Jason England, Jon Armstrong and Glenn Farrington it will be another definite spectacular and explosive display of close-up magic.

Derek DelGaudio (photo) is one of the breed of young and great knockout card workers currently residing in Hollywood. A native of Colorado, Derek began making a name for himself in the world of magic and sleight-of-hand at the tender age of fourteen. His peers gave him the nickname ‘Wonder Boy’. Driven by this reputation, he became an avid student in the art of prestidigitation and entertainment.

Over time, Derek’s interest in astonishment was combined with his laid-back style and innate ability to entertain and make people laugh. He continued his captivating performances through college. Since that time he has earned a reputation as a world-class entertainer. He now spends most of his working hours on the road, dazzling and entertaining at corporate events, private parties, trade shows, hospitality suites and theatre engagements. Not only that, Derek DelGaudio is good looking and charming.

Jason England is yet another young star from Las Vegas and like Derek DelGaudio is making his first appearance at a U.K. Convention. Without a doubt he is regarded as one of the top card men in the world. Some say the days of the underground are done and gone but without a doubt Jason’s eye-popping work with a deck of cards is a well-kept secret. Watch out for his delivery of thirds, riffle stacking, the McMillan switch and Centre steal control. You will be stunned.

Bob Kohler is described by Paul Stone as one of the best-kept secrets in magic! Bob is a successful dealer but few realise just how good a performer he is. We will find this out in Eastbourne when his close-up magic will blow you away. In addition he is a terrific trade show worker. Glenn Farrington is a good solid entertaining commercial working professional close-up performer from the USA here for the first time.

Completing the sextet of close-up specialists are Jon Armstrong and our own Nick Einhorn. Jon Armstrong uses an amazing blend of dynamic personality and imaginative presentations bringing wonder to all who experience him. By combining card magic, humour and audience participation Jon will keep you laughing and well entertained by making the unexpected happen.

Nicholas Einhorn requires very little introduction. He is one of this country’s most popular close-up magicians because he performs effects that are very clear to understand. He is a great believer of Dai Vernon’s philosophy ‘Confusion is not Magic’. Audiences want to see magic that does not make it difficult to understand. So he gives them eye candy and things that just take them and will take you by surprise.

In 2006 the entire International Close-up Show took place in the Gold Room of the Winter Gardens. The magic was superb but with more than one artiste performing at the same time the venue was far from perfect being uncomfortable for both performers and spectators alike. This year with the Floral Hall and Congress Suite in addition to the Gold Room are being used to greatly improve your enjoyment of this event.

And don’t for get the special “Hard Core Card Session” lecture/workshop on Friday afternoon to be given by Jason England and Derek DelGaudio. This has been especially arranged for you dedicated Finger Flickers, the first time such a specialist lecture has been included in the Convention programme.

In addition Juan Tamariz gives a whole close-up show plus a lecture, with another lecture to be given by Guy Hollingworth. So if close-up magic is your particular forte you would be foolish to miss this opportunity to being able to watch and learn from a galaxy of the world’s very best close-up stars at a single Convention.

A final reminder. Juan Tamariz will be giving a special midnight workshop in the Lansdowne Hotel on Friday. It is strictly limited to sixty and to attend you can purchase a ticket for £20 from the Registration Deck from Thursday onwards. It will be a case of first come first served. Please don’t attempt to buy a ticket on Wednesday when picking up your registration pack. They will not be available.

You still have time to register for Eastbourne 2008. It has been in preparation for the past 10 months and Paul Stone the Convention Executive Director has worked tirelessly to bring together the finest array of magical talent ever assembled for a British Ring Convention. Whether you are stage, platform, parlour, stand-up, close-up or children’s performer there will be someone who will provide the stimulation for you to strive for greater perfection in your performance. Surely that should be the prime aim of a magical convention. Neville Johnson is the person to contact to make your registration. Phone him on 01202 873234 or e.mail him at nevillejohnson25@aol.com or go on line via the Payments Page on this website. Bob Hayden is available to answer any queries you may have or any additional information you may require. Contact him on 023 8032 0277 or by e.mail at bobring25@aol.com