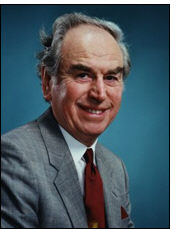 For this year's More History of Mystery at the IBM British Ring convention in Southport, on Saturday afternoon (22nd September) Eddie Dawes will present a programme of speakers who will cover three interesting and very contrasting topics. One of the important magical centenaries of 2011, and certainly the most tragic, is the death of The Great Lafayette in the fire that occurred on 9 May at the Edinburgh Empire Palace Theatre, and which also cost the lives of nine members of his company. Even in death, mystery abounded when the body initially sent to the crematorium turned out not to be that of Lafayette.

Over the years much has been written about this eccentric magician, including two new books in 2011, while Will Goldston described him in a phrase that our first speaker, Brian Lead, employs in the title of his talk. Brian, who in the past has written articles on Lafayette, will relate his recent research under the title of 'The Tragic Deaths of Lafayette, The Most Hated Magician Who Ever Lived'.

David Devant is widely acclaimed as England's finest conjurer and his name is forever linked with that of J.N.Maskelyne, initially as a member of his Egyptian Hall Company and for ten years his partner at St George's Hall. Devant was the first President of The Magic Circle (1905-06) and donated his personal library and collection of posters, photographs, press albums and ephemera to the new Society, whose current Archivist, David Hibberd, has for some years been working assiduously to catalogue and organise this treasure trove of material. David will be presenting and commenting on a selection of photographs from the large Devant archive under the title of ‘A Glimpse of the David Devant Collection of Photographs from The Magic Circle Archive’.

Several years ago, in Eddie's programme at a Southport Convention, Jon Marshall spoke on Sideshows having a magical theme. Since 2004 Jon and his Sideshow Illusions team have restored seven of showman Jon Gresham's 1950s sideshows, including, the Girl in the Goldfishbowl, The Mummy, The Headless Lady and the Butterfly Girl. In this illustrated talk on 'Secrets of the Sideshows'. Jon will describe how this has been achieved and how many of the illusion principles used date back to the 1860s and still thrill and amaze audiences today.

The convention is from 22nd – 25th September 2011 and details are on www.magicconvention.co.uk