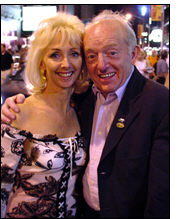 The 76th IBM British Ring No. 25 convention starts on Wednesday in Great Yarmouth and presents 5 days of shows, dealers, lectures, workshops and competitions and it’s all British!

Registration and dealers open at 12 noon on Wednesday 26th September at the Marina Centre on the promenade and the official opening will be at 2.30pm in the Britannia Theatre. There will be a show immediately following this where Mel Harvey will introduce Mandy Muden, James Wilson, and Young and Strange. In the evening there is the now ever popular Ali Bongo Micro Marathon and then it’s cabaret time with Tim Shoesmith bringing on stage 2Minds combine and Mr. Eerius.

Thursday starts with the Close up competition in the Hollywood cinema (almost opposite the Britannia) with up to £1,750 in prize money and then the first of the lectures being Andy Greaves with ‘Magical Tips and Hints’. Other lectures scheduled for the convention include Brian Sefton (Tips on Manips), The Jeffery Atkins Memorial lecture (presented by Chris Woodward), Nick Einhorn (Rings Strings and other Things) and Michael Vincent (Card Magic). There is a dealers’ showcase scheduled on various occasions and balloon workshops.

Thursday evening presents the British Ring Shield Competition with up to another £1,750 in prize money.

After the AGM on Friday two more lectures and in the afternoon a Tribute to Van Buren and Company. For those not going to the dinner this evening, Bob Hamilton presents Nostalgia in the Britannia theatre. The late night gala compered by Richard Pinner features Nick Einhorn, Oliver Tabor and Andrew Van Buren in action.

Sooty’s Magic Show with Richard Cadell on Saturday morning at the Britannia includes Clivo and Jeani, Andy Greaves, Mel Harvey and with Jason Steele and Joanne. The close up gala in the Hollywood Cinema at 12 noon features Michael Vincent, Matthew Garrett, Chris Wood, Will Houstoun and Steve Gore. Following this Eddie Dawes’ History of Mystery (in the same venue) will present sections on “King Koko and the Magic Playlet” (Will Houstoun) “Positive Aspects of Goldin” (Bryan Baggs) and “Selling Svengalis” (Walt Lees).

After the convention service on Sunday morning there is the Steve Gore lecture and Stars of the Future. A Paul Daniels question and answer session then takes place before the handing over of the presidential chain to John ‘Sly’ Smith and the closing of the convention.

As you can see a very packed convention and a full event list appears on www.magicconvention.co.uk