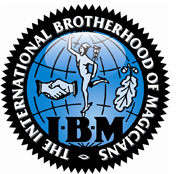 The IBM British Ring convention organisers now have quite a list of artistes, lecturers and events planned for the 2013 get together being held in Buxton from 4th – 8th September. The Opera house and the adjacent Pavilion Gardens will cater for most of the events so let’s look at what is on offer. From the USA comes Skilldini, David Kaplan and Tim Wright, from Spain Eduardo Galeano and also many well known UK performers.

The Jeffery Atkins Memorial Lecture will be presented by Fergus Roy on the Davenport Story whilst Steve Short interviews Ian Adair on his life in magic which I am sure will have plenty about the Supreme Magic Company in it. A tribute to the late Alan Shaxon will also be part of the convention programme.

The gala show will be compered by Vincent Hays MBE, well known to many of you for his many appearances at Brick Lane Music Hall in London.

Ricky McLeod will present the children’s lecture, and ‘Sooty’s Magic Show’ with Richard Cadell will be the children’s show on the Saturday morning. Guest entertainers on this show will be announced soon.

There is to be a Gala of Youth with Ed Hilsum and Megan Knowles-Bacon being already scheduled to appear at the time I write this.

The ladies trip (whole day) to Chatsworth House is now nearly fully booked and promises to be a great day out.

I’ll keep you updated with more news as I receive it. Remember the members’ convention rate is £125 up until the end of June then it goes up to £140. A very good reason to book now! Details are on www.magicconvention.co.uk