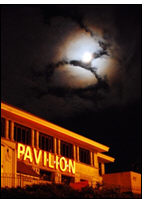 12.30hrs-13.30hrs Star Lecture - Terry Herbert - ‘Children’s Magic Past and Present’ (a brief history of Children's
Magic in Britain with a few examples of the types of tricks we could do in those days which would not be accepted in this
day and age due to Health and Safety etc)

14.30hrs ‘An Afternoon with Patrick Page’ introduced by Max Blake with Janette Page and Family

11.30hrs-12.30hrs Star Lecture- Axel Hecklau. “Everything is taken from his active repertoire and proofed in hundreds of shows in front of Lay people. Gene Anderson commented on his T&R Newspaper “Newsflash” as brilliant.”


12.00hrs ‘Look No Hands Lecture’ - Wayne Dobson - (and in conversation with Brian Miller)