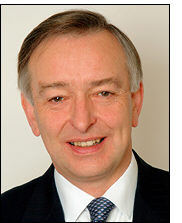 It was only following the Centenary Celebrations of The Magic Circle in 2005, that Chris Pratt became unwell, and was diagnosed as suffering from a brain tumour, which ultimately led to his sad passing on Monday, 11th August 2008. Unfortunately the early optimism following the initial operation, and the progress that he was making was dashed by recent set-backs, and he left us all far too early in his 60th year.

Chris made an inestimable contribution to the magic world, and particularly to The Magic Circle, having played a leading role in the progress of the Society in recent decades, and served as the Hon. Secretary for a record 22 years before being elected Vice President. A distinguished lawyer by profession he rose to become a District Judge, and The Magic Circle greatly benefited from his legal background.

A very polished magical performer, he was especially renowned for his ability to spring shuffle a pack of cards, stopping at any named card. When close-up magic first gained its hold on our profession, he teamed up with Brian King, and as “Baskerville and King” they were a sought after duo in London`s West End. As our Public Events Director he organised the Annual Christmas Show and the highly successful “Meet The Magic Circle” events in our new HQ.

Chris's devotion to The Magic Circle was matched by his wife Jill, to whom we all extend our sincere sympathies, and to their family at this sad time.