Your choice of music is as important as your choice of magic. The two should go together, hand-in-hand, and complement each other. It should enhance your magic, suit your personality, and create the right mood for each routine that you perform.

Imagine a picture hanging on a wall without a frame. Now frame it. If you've chosen a good frame it will complement the picture, and perhaps even highlight some of its features. But if you've chosen a poor frame the exact opposite will occur. It may clash with it, or dilute its impact, or draw attention away from the picture altogether. It's exactly the same when performing to music; a poor piece won't simply not add to your performance, it will actually take away from it.

Have you ever watched a magic act, listened to the music, and thought to yourself that the last time you heard that music was when you were last watching another magic act?

In reality there is an amazing variety of music to choose from and the greater the effort you make in your search, the greater the reward. I've found useful music under the following headings: Movie Soundtracks, Show Soundtracks, Instrumental, Classical, Jazz, Fusion, New Age, and the newly defined 'Smooth Jazz' (which is really a mellow Jazz/Fusion).

Once you've found a few artists that are right for you then it's worth investigating their recent back-catalogue, and keeping up-to-date with their new releases. Reading album notes and finding out who wrote, produced, and played on a particular recording will often lead you onto other CD's that have a similar feel. Do bear in mind that some music dates easily, and some doesn't; so give great thought when committing to a piece, and putting in hours of rehearsal time. Spend both time and money seeking out suitable music, as a good piece will really inspire you when you're working on a new routine.

Something to avoid is music that has been overused by the media, perhaps in a TV commercial, or a piece that will instantly be associated with something, or someone else. Ravel's Bolero might bring to mind Torvill and Dean's Olympic ice skating, or Dudley Moore's performance in 10; not what you want your audience to be thinking about during your act.

If you really want to be original you could have a piece of music especially written for you, but the chances of success are, I'm afraid, pretty slim. Just because your next-door-neighbour's got a couple of midi keyboards and a drum machine, it doesn't necessarily mean that he's qualified to write and record for you. You'd really need to go to a professional composer or musician, but even then there's no guarantee that the finished product would be right. For every good film score that's written there's a bad one. Be as objective as you possibly can when considering using a piece of music that's been specially written for you, and if it's not up to standard don't use it.

Endeavour to be as creative as you can when selecting your music and never use music that other acts are using, especially if it's a piece that you wouldn't have known about if you hadn't seen another act use it in the first place. Taking another magician's music is the same as taking another magician's magic; it's all too easy to do and of no worth. There's so much more satisfaction to be had from finding your own music, and using that to develop an act that is truly yours.

Music is a powerful communicator. It can be used to convey every conceivable mood and emotion: joy, despair, happiness, sadness, love, hate, suspense, anticipation, surprise, intrigue... the list is endless. In the context of your act it should be used to enhance every single piece of magic that you perform. Dramatic music can strengthen a dangerous illusion, but so too can a teasingly mellow piece; don't always go for the obvious choice. Silence can be very powerful as well yet few magicians seem to utilise it in their acts. More than anything else it's your use of music that will dictate the whole pace of your act. Decide exactly what mood you want to convey to your audience, and if a piece of music isn't quite right, don't use it. 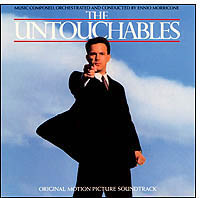 Watching a few good movies may offer some clues as to how to go about using music to its full effect. Ennio Morricone's score for Brian De Palma's The Untouchables is a good example of music and visuals working together to create a whole. Some of the most powerful sequences visually are accompanied by some of the quietest pieces musically. You don't have to bombard an audience with incessant driving music to achieve results; introduce some light and shade, and let the music work for you, not against you. Don't let the music be bigger than you, or your magic, and swamp your performance. You, the performer, come first; the magic and music second.

Your opening music is crucial. Avoid anything that's clichéd, anything that's too familiar, anything that's dated, and anything with the word "magic" in it. And remember that just because you want to make an impact with your act, it doesn't necessarily mean that your opening music has to be "big." For years magicians have been telling other magicians that "You've got to open your act with a quick trick and punchy music, to grab their attention," but this just isn't so. There are many different ways to start an act, and that's just one of them.

In the past I've opened my act by performing a complete routine in pure silence, and not having any music start until the beginning of the second routine. In fact this can be incredibly strong. As you can literally hear a pin drop, the audience's focus of attention is high. Then, when the music does come in for the first time, the start of it beautifully underlines the end of the previous routine, and your whole performance elevates, in both mood and direction. It's a great piece of theatre if you understand how to execute it properly, and slightly under-play it.

If you really believe that the only way to open your act is with a dynamic driving piece of music, "to get their attention," then you'd better make certain that you've got the talent to back it up. Few magicians have. Those that do succeed manage to project their personality and character through it all. Most end up running around the stage making ungainly gestures and expressions whilst trying to keep up with their music. We've all seen them at magic conventions… the trouble is that sometimes the public sees them as well.

So try starting with a piece that both you and your audience are going to be comfortable with, that sets the scene, and allows you the performer to register. Normally I like to open my act with a very laid back piece of music that despite being easy on the ear, is deceptively strong. At the time of writing I'm using a piece performed by George Benson and Earl Klugh. I think that it achieves the following:

• It sets the scene and creates a unique atmosphere for the magic to come.
• It's a beautiful piece of music.
• It is not a burden on the ears.
• It gives the audience time to take in both me and the magic that I am performing.
• It focuses the audience's attention, and gently "draws them in."
• It doesn't "swamp" the magic.
• And as it has such a gentle start it normally contrasts well with whatever preceded it.

Years ago I used to open with an up-tempo card routine, but soon realised that three minutes later, when it had finished, the audience didn't know me any better than when I'd first walked onto the stage. They'd been too busy watching the card productions! So now it's my second routine that takes the audience "up," as opposed to the first. I want them to have the time to get to know me the performer first and foremost.

Try to keep in mind pace, continuity, progression, and light and shade; don't let things trundle along at one level. For your closing music something that builds in pace to the finish is the obvious choice, but this isn't necessarily right for every act.

I don't like silent acts that use clap-along music to close with as, for me, this is "cheating." It's all too easy for a mediocre performer to finish in this way, getting the whole audience to clap along at the end, even though they barely clapped during the show.

Your closing music must be strong though, as it is the "clincher," but remember, strong doesn't necessarily mean fast and furious, it simply means strong. For your play-off I'd suggest either using your closing music again, or any memorable and uplifting piece that you used in your act. Don't introduce a new piece at this stage; it is far better to use something that by now they will associate with you.

Be aware of mixing too many different styles of music together in the same performance. You may well want variety, but you must have continuity as well. This applies especially if you're working to a soundtrack built up from different sources, as opposed to a live band.

Throughout your act your timing must be impeccable. You should know your music inside-out. And it must instantly be accessible to your audience. After all, it's no good using music that has to be listened to half a dozen times before anyone's going to like it.

Music can touch the soul. Use it.