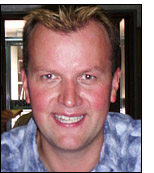 Kidology UK had its second outing on Monday September 5th. The brainchild of Albion Magic and Practical Magic, Kidology UK is a one day convention designed exclusively for children’s entertainers and deliberately held on a weekday when all children theoretically should be in school. Last year it proved a roaring success and its instigators were keen to repeat its success again. This year’s venue was the larger Civic Hall, Wolverhampton, providing better accommodation for the 250 registrants (up 20% on last year) and more space for the ten dealers attending who were: Practical Magic, Albion Magic, Mark Leveridge, Castle Magic, Hocus Pocus Magic, Playtime Balloons, Magic Books by Post, The Magic Hands of Mystery, Marc Summers and Kitchen Table Magic.

The day kicked off with dealer demonstrations and after a coffee break we had our first lecture entitled Little People, Big Business from Dave Allen (Magic Dave) who began with the act that won him the title ‘Children’s Entertainer of The Year’ at Blackpool 2004. He then commented on the thinking behind it stipulating that there must be reasons for actions when dealing with children with the emphasis on the Theatrical. It came across as a large cleverly constructed, musical, colourful act with some good ideas involving puppets, Nick Einhorn’s ‘In Flight’ levitation and ventriloquism, using a radio-controlled Axtel Drawing Board. Dave’s after lecture sales were outstanding and obviously reflected the interest shown, so much so that all his goods were a sellout.

Next up was Tricky Ricky (Ricky McLeod, photo) a professional for nine years whose lecture ‘Tricks of My Trade’ also launches a new booklet of the same name. Props here were smaller with loads of business and could be easily made (with the use of a computer) to fit in with what could best be described as groan-inducing punny patter (some of which were so awful they will be going into our own acts!) A lot of clever ideas presented in a most professional manner. We particularly liked the idea of the carpet tile, the Fairy Wand, The Scottish spring water and the Train. He deserved to be sold out of his booklet. Keep an eye out for this young man if he is lecturing in your area.

After lunch, Steve Evans, our compere for the day, introduced Ron Popple whose enthusiasm for entertaining children is legendary. In a workshop entitled ‘Openings and Closings’ he suggested that to bond a children’s audience you need music and a puppet and a great game called ‘If You’ve Been To The Moon, Sit Down’.

Mark Dominic emphasized the importance of bonding with the children, conditioning them to say your name, and stepping back at the finale and allowing the birthday child to ride on the applause.

Malcolm Mallen emphasized the use of music at the start, middle and finale of your act. The importance of having an auto fade on sound equipment was briefly touched on as well as ‘trailing’, or letting your audience know what they will see in your show, leading to their greater expectation. This workshop was a short but incredibly useful session.

Pat Page was billed as the main attraction in ‘The Page Boy Speaks Out On Kid’s Magic’ He admitted that it was only recently that he had done some children’s shows although he had done many earlier in his career. Pat started off by showing how to produce feather flowers not by simply pulling them from a sleeve head on, but by producing them sideways and letting the load sleeve move away from the other hand which remains still.

There were three very important things for children’s entertainers to take on board besides ‘Get the money!’ One, get a puppet. Two, use balloon animals. And three, Troublewit, which he demonstrated . Pat stated that some adult tricks can be used for children: the Chop Cup with a very quick potato and onion finish. A diminishing silk vanish followed with a turn around clown routine of his own devising. He then showed us Mismade Flag with the ‘extended’ use of the breakaway wand. In this he was ably assisted by a ‘small’ helper from the audience. Well done, Jimmy Carlo! The use of the snake can was demonstrated at length causing much hilarity. Also an egg bag type routine using a cloth rather than a bag allowed a variety of different moves. Pat finished with ‘The Miser’s Dream’ explaining in his own words that it is ‘the greatest trick in the world, suitable for two year olds to ninety year olds’! This was another lecture full of hints, tips and business for the children’s entertainer given by a great professional.

The last lecturer was Mike Stokes who with his wife Marjorie runs the mail order business Playtime Balloons. Mike showed some multi balloon models of varying difficulty to start with. A simple ghost became quite complicated once the balloons started to burst but Mike’s professionalism showed through as he pattered his way through to completing the final model. Highlights were a delightful helicopter and a lovely fish on a fishing rod. Mike recommended the use of balloon shine, especially for balloon workers making balloons all day. I’m not surprised that his stall looked busy most of the day.

The organizers, Jeremy & Alec, and their helpers are to be congratulated on surpassing last year’s Kidology UK. Four superb lectures, a workshop lunch, and dealers in comfortable surroundings and all for £30.00 This must have been one of the bargains of the year and looks like becoming the foremost children’s entertainers convention in the country. If you are into children’s magic and you haven’t been to Kidology UK then you’re really missing out. Plans are already being made for next year. See you there!