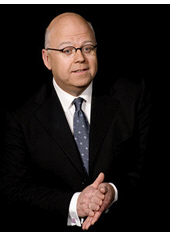 Geoffrey Durham a comedy magician and actor known for many years as "The Great Soprendo", gave an enthralling lecture at the Watford Association of Magicians on Tuesday the 20th of September. Entitled "Teaching Timing - The Magician's Secret Weapon" he imparted a wealth of experience built up over more than 600 appearances on British Television, and thousands of theatre performances throughout the UK.

Geoffrey clearly articulated his thoughts on presentation, how to put an audience at ease, how to select a volunteer, and generally how to use timing to take control of the stage. With infectious enthusiasm he demonstrated some of his favourite illusions and highlighted different patterns of delivery and rhythm. He then showed how changing the point at which rhythm is broken, can have a substantial and surprising impact on the overall effect.

This was a lecture from the heart, and a sharing of some of the real inner secrets of magic. It was fabulous entertainment, and hugely valuable for anyone seeking to perform on a stage.