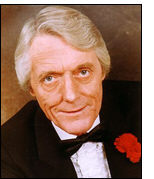 In my magical memory bank of great performances which I have witnessed are those by Mathew Wright, Yann Frisch, Jason Latimer and Mathieu Bich. Last week I added another to the list when I sat spellbound watching Scott Penrose perform Alan Shaxon's "Aerial Fishing". This was during a splendid evening provided by Steve Short and Scott Penrose entitled "Alan Shaxon -The Sophisticated Sorcerer".

The first part of the evening consisted of a splendid PowerPoint presentation by Steve about the life and times of Alan Shaxon. This presentation was richly illustrated and affectionately delivered.

The second part consisted of Scott performing some of Alan's signature effects - hence "Aerial Fishing". To see this effect beautifully presented only a few feet away was breathtaking: it would not have been out of place in a FISM Gala Show. Later in the evening when Scott gave the explanation one could not fail to be full of admiration for the meticulous planning and choreography behind Alan's magic. Nine or ten other effects were performed and explained including Confabulation, Headline Prediction and Card in Whisky Bottle. Many of these items are available through www.alanshaxonbook.com.

I bought the book and have not been able to put it down; it's a work of art. As I read it, it will evoke for me memories of a wonderful evening in York.