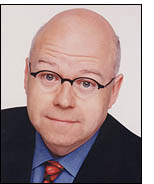 BILLED as "Little Miracles" in the advertising blurb, the show by top UK magician Geoffrey Durham reaches far beyond this understated tag line.

Let's get this straight. Miracles? Definitely. Little? Not a bit of it.

There are the outstanding illusions and magical effects that you would expect from a performer of Durham's skill and experience. But there are also great gags, polished delivery, and a great deal of self-effacing humour.

Such was the level of the humour - none of it directed at the volunteers, each of whom he treats with respect and courtesy - that the packed audience at times chuckled and at others choked with laughter. But besides the laughter, there was the shocked gasps of disbelief as, for example, the master magician dropped a bowling bowl from a what had earlier been shown to be a large, plain sketchbook. Where did THAT come from?

And as for the "little miracles" tag; since when would anybody offer such a description of a volunteer being levitated?

The first half included a fair amount of mind reading, though it has to be said that this didn't reach the same standard as the rest of his material. There are several great mind readers out there who are doing it that bit better.

That aside, the superb feats of conjuring just keep coming, and during the intermission Durham could be found in the auditorium performing close-up tricks for the kids. Durham is one performer who really knows how to give his audience what they want. It's entertainment at every level.

The first half of the show is spent examining all aspects of the conjurer's craft, while the second half concentrated on Durham's favourite effects - each of them an absolute peach.

The mind reading aside, Geoffrey shines when he sticks to what he knows best. The egg that keeps appearing and disappearing in a little bag, despite his wrists being held by two spectators. Then there is the volunteer who accomplished a fantastic card trick by simply repeating the lines and following the instructions fed to him by Durham.

And how about the inter-linking of three audience members' wedding rings? Beat that, David Blaine!

What shines through Durham's performance is that he is a thoroughly nice bloke who gets a real kick out of performing and creating a sense of wonder in his audience. And that's no bad thing.