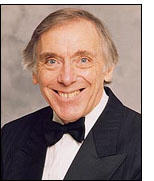 If you are lucky enough to catch Jack Delvin in his one man show you might well come away more enthusiastic about magic than you were before. I certainly felt that way and a journey of some 80 miles from Southampton to see him perform at the Hawth studio in Crawley was well worth it. Jack’s show was simply unforgettable!

For every budding magician or magic fan a chance to see a master like Jack perform a repertoire ranging from mentalism, sleight of hand, comedy, children’s magic and classic stage illusions is a rare treat. Jack reminds his audience that he has been doing this for 60 years or so – and his act has you spellbound for the full two hours or so he is on stage. Jack has that rare gift of involving all his audience in his show and the clarity of his presentation and simple showmanship could teach many a younger magician a thing or two.

"It does not get more difficult than this," says Jack as he demonstrates a superb sleight of hand appearance of coloured balls. Afterwards, he sighs: "I am glad that part was over."

When it comes to mentalism or magic of the mind, Jack can equal the best of them. In fact, you can easily feel as mystified with his feats of mind reading as you could watching the popular Derren Brown shows. His presentation is just as riveting. Then there is the comedy and there was plenty of that. Jack’s presentation and timing is immaculate. His rendition of the vanishing bandana was superbly entertaining and the way he handles his volunteers is simply inspirational.

Jack makes everybody feel good – including those he invites on stage who are made to feel like old friends and there is none of the put downs that often cheapen otherwise fine magic acts. Everybody is made to feel special and years of experience have given Jack that special music hall touch that makes you remember him. One moment he was there with his vent doll having you rolling with laughter, the next he was performing what was quite frankly the finest stage levitation featuring a member of the audience that I have ever seen.

Jack’s interest is not merely performing the best but also encouraging others to walk through the door of magic. His magic book, the Real Secrets of Magic, which he takes around with him is aimed at encouraging the audience to become as hooked in the art as he obviously is. "There is something for everyone in magic. School children can gain confidence and popularity. Young men and women can have a pleasant past time or even an exciting and profitable career. Parent can entertain their children, grandmas and grandpas can entertain their grandchildren." he writes. Furthermore you do not have to be an extrovert, "Many expert magicians perform only for a few friends and other magicians."

It is a gift to magic and magic fans that a man of Jack’s years should still pour so much effort combined with great skill to present magical entertainment that is truly outstanding. Just a pity that he might not be able to draw the crowds as Derren does. He deserves to!