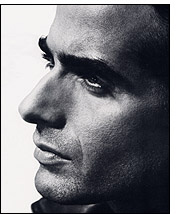 There was a great deal to enjoy in this compilation of superlative magical excellence, and the show was a great and golden credit to its makers. The magical content was almost uniformly superb, and all but the most obsessive magic fans will have seen items they hadn't seen before.

In some respects, the show's excellence is understandable. It was produced by the Objective Productions team, who also produce the Derren Brown TV specials and the award-winning Quick Trick show (aimed at children but with much to offer magic fans of any age). Given that this team involves people like Andrew O'Connor, Anthony Owen and Marc Paul (as a consultant), there can be no question of their commitment to bringing the very best of magic to the TV audience. It would be impossible to overstate the amount of time, sweat, love and devotion that was obviously lavished on this project - choosing the items (with help from a Magic Circle poll), obtaining the footage, conducting interviews in the UK and in the US, and then editing all the pieces into a 2 hour package. O'Connor and his hard-working team are deserving of the highest praise for their endeavours (and I'm not just saying this because they took the aberrant decision to include me in it somewhere).

Regrettably, this devoted, talented and magic-loving production team have to work within the asinine constraints of the contemporary UK TV industry. Hence this treasury of magical delights had to be contaminated with dismal interruptions from so-called 'comedians' with no knowledge of the subject, nothing to say, and nothing to contribute. I can understand the inclusion of intelligent entertainers such as Jeremy Dyson and Reece Shearmsith, who have a genuine interest in magic and, as such, had something to offer. However, it is greatly to be regretted that the show had to be littered with asinine and ignorant comments from the likes of Jenny Eclair (one of the least amusing people ever to draw breath), Donna McPhail and others who evidently had nothing to say worth the saying. Shown footage of the wonderful Pendragons, and their stunning version of 'Metamorphosis', Ms. Eclair could only muster comments about Charlotte Pendragon which were base, tasteless and offensively insulting.

The show was hosted by 'Adam and Joe', a dismal pair of so-called 'comedians' opening and closing each segment with supposedly 'funny' sketches. Their contributions were an unmitigated disaster of wretchedly witless time-wasting imbecility. Supercilious TV suits are prone to trot out the all-purpose excuse that 'humour is subjective'. That may be so, but crass and unfunny stupidity is not - it is plain as a pikestaff and a waste of everyone's time. With regard to this feeble pair's linking 'sketches', the regrettable inability of anyone involved to exercise one iota of quality control seriously dented the show's appeal. I've no idea how much Adam and Joe got paid, but it was too much.

The presence of these allegedly comic ignoramuses would have mattered less if time had not been so precious. The 2 hour show included the mandatory 18 minutes of commercials and trailers, and 8 ½ minutes of Adam and Joe. Guy Hollingworth's beautiful, elegant performance of The Reformation was awarded less than a minute, and suffered by severely uncharitable editing. Richard Ross performing the Linking Rings, one of the most captivating and artistic sights in magic, was only worth 40 seconds. Penn & Teller's double bullet catch was so truncated as to be rendered virtually impossible to follow. There were many similarly frustrating instances of delightful material being suffocated to make way for the 'funny' links. I do not blame O'Connor or any of his brilliant and diligent team. They just have to play the system, and appease the Channel 4 marketing department. But it's no less a shame for all that.

What of the Top 50 itself? Naturally, there can never be a definitive 'Top 50' list of tricks, and the controversy is part of the fun. In any case, the show would more fairly have been titled 'The Fifty Greatest Magic Tricks of which there is some video tape we could get the rights to, missing out the ones which are good but just don't work on TV'.

Nonetheless, some decisions furrow the brow more than others - how can you end up with three slots for the Amazing Jonathan (twice doing nothing more than demonstrating a prop) and none for, say, Fred Kaps? Why the noticeable bias in favour of large stage/TV illusions, many of which we know can be summed up as 'watch what this piece of apparatus can do', and so little of the world's best close-up magic? Not only do many laymen admire the skill and artistry of good close-up more than 'big box tricks', but television is the one medium which can showcase skilled close-up to best advantage. When a show can find room for James Hydrick, who barely qualifies as a magician at all, but not for the conspicuous excellence of Ricky Jay, Channing Pollock, Rene Lavand, Dai Vernon, Slydini, Falkenstein & Willard, Steve Forte and (insert your own hero's name here), one can only wonder what factors were at work. Blame the Magic Circle voters? Blame the producers? We will never know. Anyway, here's the full list.